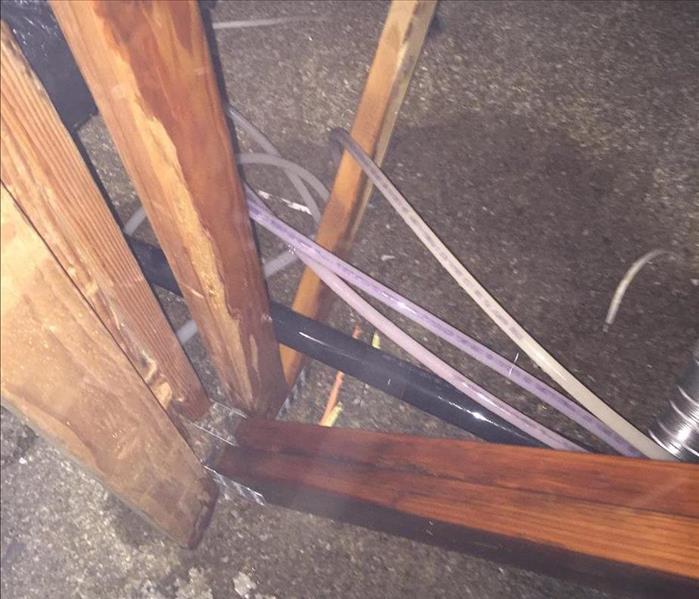 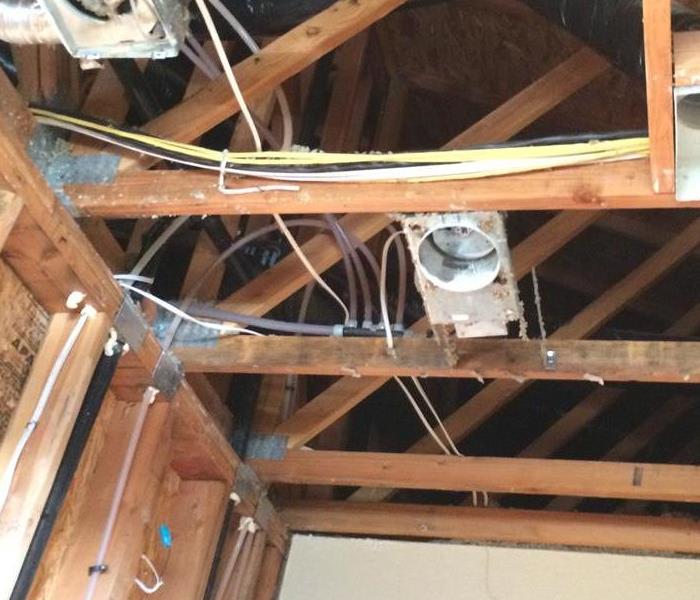 The homeowner of this residence was astonished when they found out a rat had chewed through their plastic water line in their attic and cause a major water damage.  The ruptured water line sprayed water for a couple days while the homeowner was on vacation.  The water flooded from the second floor ceiling of four rooms, which soaked down into eight other rooms below.  Fortunately, the homeowner had used the experts at SERVPRO for a previous cleanup and knew who to call.  Our crews responded in less than an hour on a Sunday evening to put the homeowner at ease.  After a thorough inspection, moving of furniture and installing drying equipment, the homeowner was very thankful and appreciative.