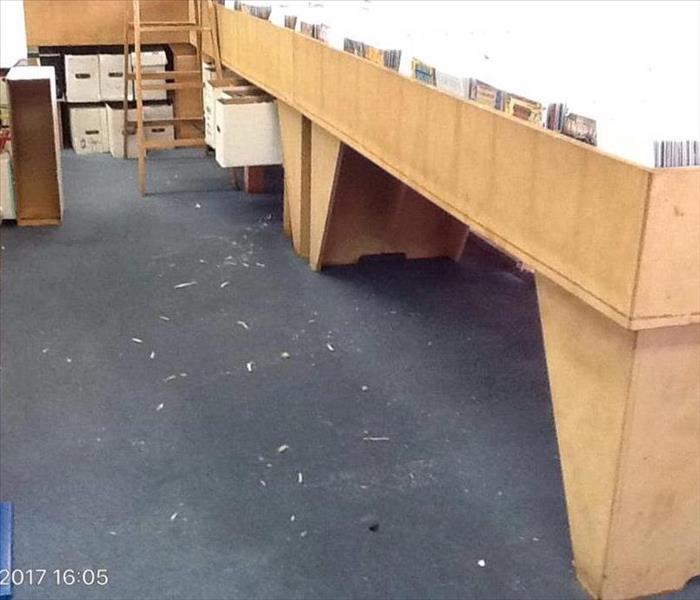 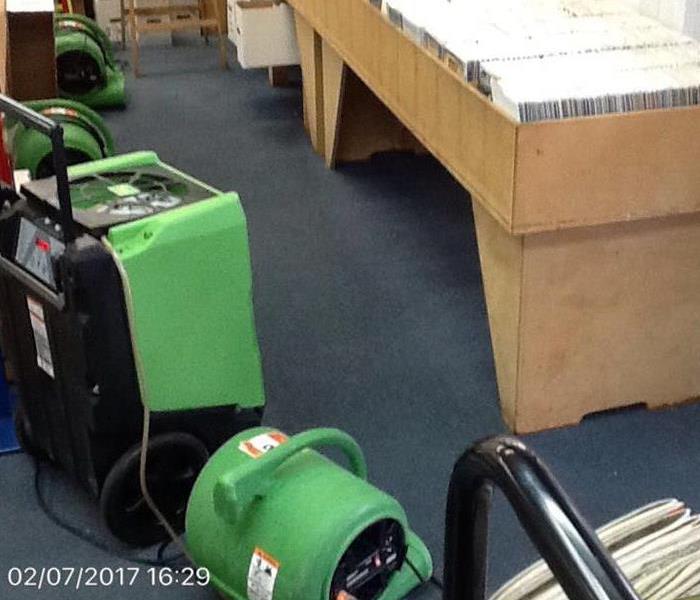 This retail store experience heavy rainfall which caused their roof to fail and soak water into their glued down carpet.  The business owner was referred to SERVPRO by a trusted friend, who used SERVPRO previously.  SERVPRO's experienced crew responded on-site in less than an hour an installed drying equipment.  Twenty-four hours later, the carpet and shelving unit were returned to normal moisture levels and costly damages to the carpet were avoided.