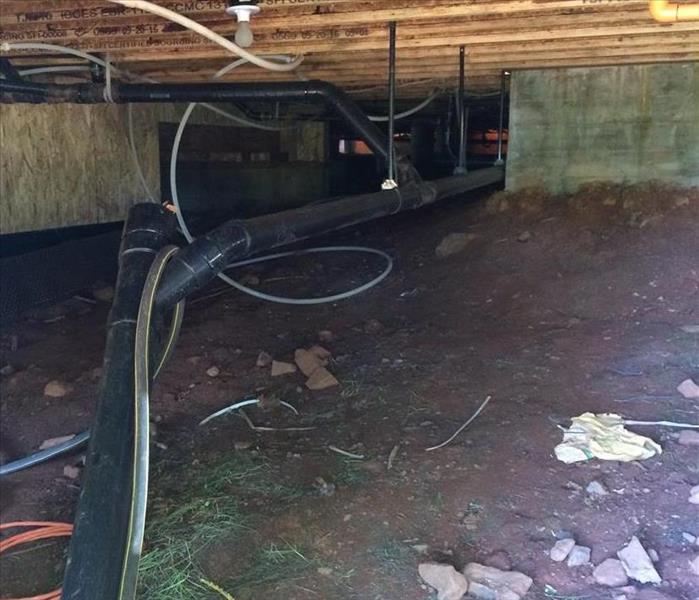 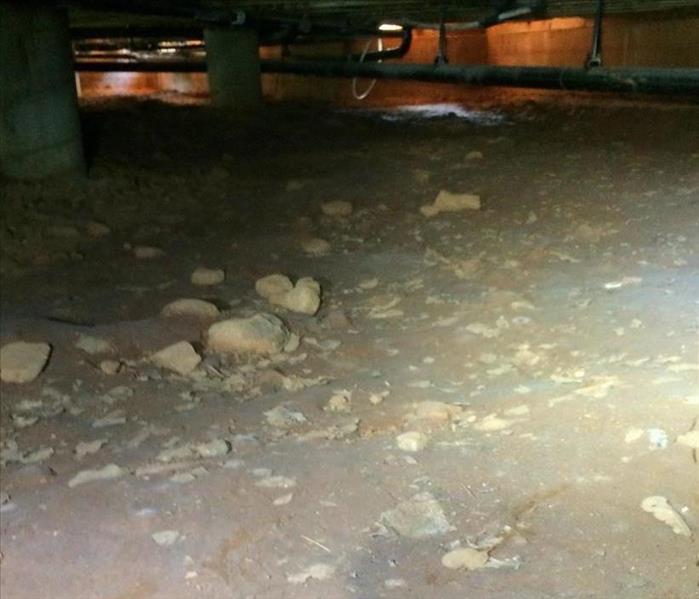 This residence experience heavy rainfall which caused their crawlspace to become saturated with excess moisture.  The homeowner was referred to SERVPRO by a trusted friend, who used SERVPRO previously.  SERVPRO's experienced crew responded on-site in less than an hour and installed drying equipment.  Two days later, the crawlspace was returned to normal moisture levels and costly damages to the structure were avoided.