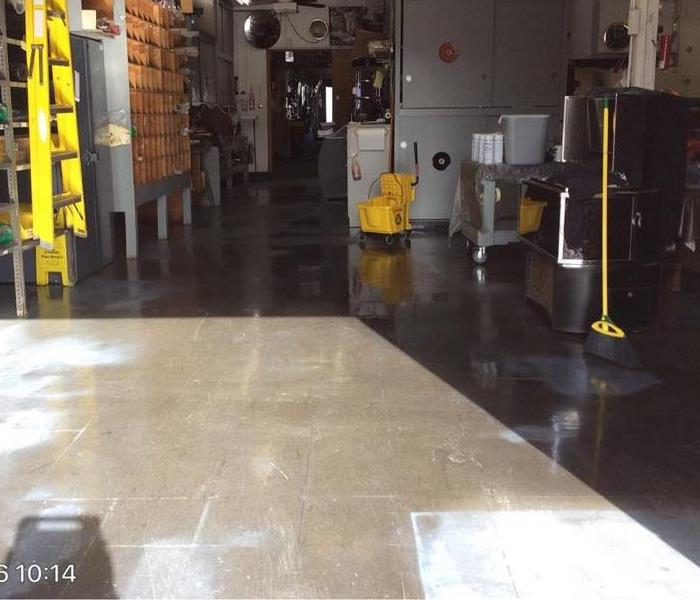 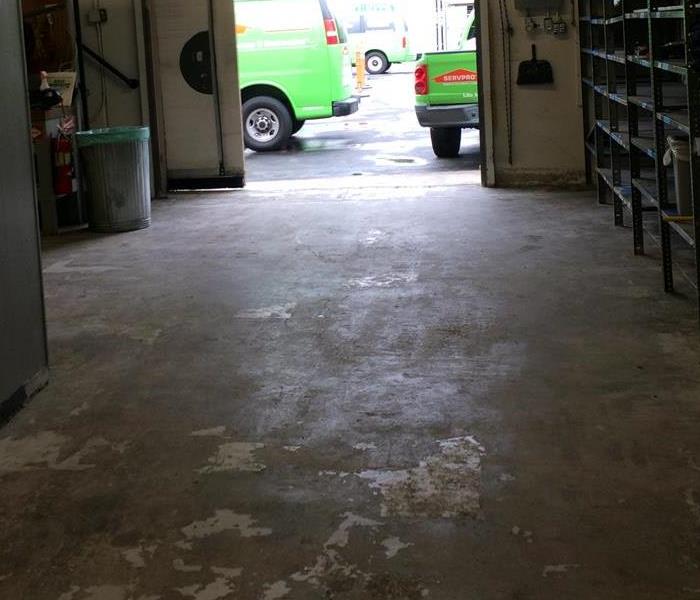 This commercial workshop experience heavy rainfall which caused their building to flood with excess contaminated water.  The building owner was referred to SERVPRO by a trusted friend, who used SERVPRO previously.  SERVPRO's experienced crew responded on-site in less than an hour to extract water and install drying equipment.  Three days later, the ruined drywall was removed and the wet wood framing was returned to normal moisture levels.  The experienced crew covered the hole with industrial plastic so the customer's warm house would not get cold.